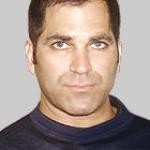 Mark Ames is the co-host of the Radio War Nerd podcast. He is a founding editor of The eXile, a satire and politics newspaper based in Moscow, and serves as a regular contributor to eXiled online. Ames co-authored Going Postal: Rage, Murder and Rebellion From Reagan's Workplaces to Clinton's Columbine and Beyond  and The Exile: Sex, Drugs and Libel in the New Russia. He has been published in The Nation, Playboy, GQ (Russia), and Alternet, and he guest-edited the May 2010 issue of the U.S. edition of Vice Magazine. Last updated July 2017