Naomi Klein is an award-winning journalist, syndicated columnist and author of the international bestsellers, No Logo, The Shock Doctrine, and most recently This Changes Everything: Capitalism vs the Climate (2014) which is being translated into over 25 languages. This Changes Everything, the documentary inspired by the book and narrated by Naomi premiered at the Toronto International Film Festival. She is a Puffin Foundation Writing Fellow at The Nation Institute and contributor to The Nation magazine. In 2017 she joined The Intercept as senior correspondent. Recent articles have also appeared in The Nation, The Guardian, The New York Times, the New Yorker, Le Monde, and The London Review of Books. She is a member of the board of directors for 350.org, a global grassroots movement to solve the and one of the forces behind Canada's Leap Manifesto, a blueprint for a rapid and justice-based transition off fossil fuels. The Leap has been endorsed by over 200 organizations, tens of thousands of individuals, and inspired similar initiatives around the world. In November 2016 she was awarded the Sydney Peace Prize in Australia. Her new book, No is Not Enough: Resisting Trump’s Shock Politics and Winning the World We Needwas published in 2017. Last updated July 2017 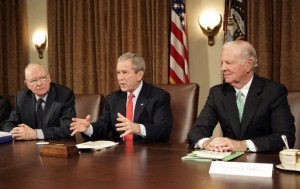