Nir Rosen is a journalist and author who writes on current and international affairs. He has written for The New Yorker,  The New York Times Magazine, Harper's, The Atlantic, Time, Mother Jones, The National (Abu Dhabi), Boston Review, The New Republic, and Rolling Stone. He is the author of a book on Iraq, published in 2006, called In the Belly of the Green Bird: The Triumph of the Martyrs in Iraq. He also wrote Aftermath: Following the Bloodshed of America's Wars in the Muslim World (Nation Books, 2010). Rosen consults for NGOs and has worked on many documentaries including a film he recently made for IFC called War, which is part of the IFC Media Project. He lives in New York City. Last updated July 2017 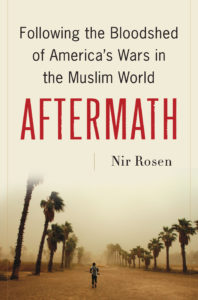