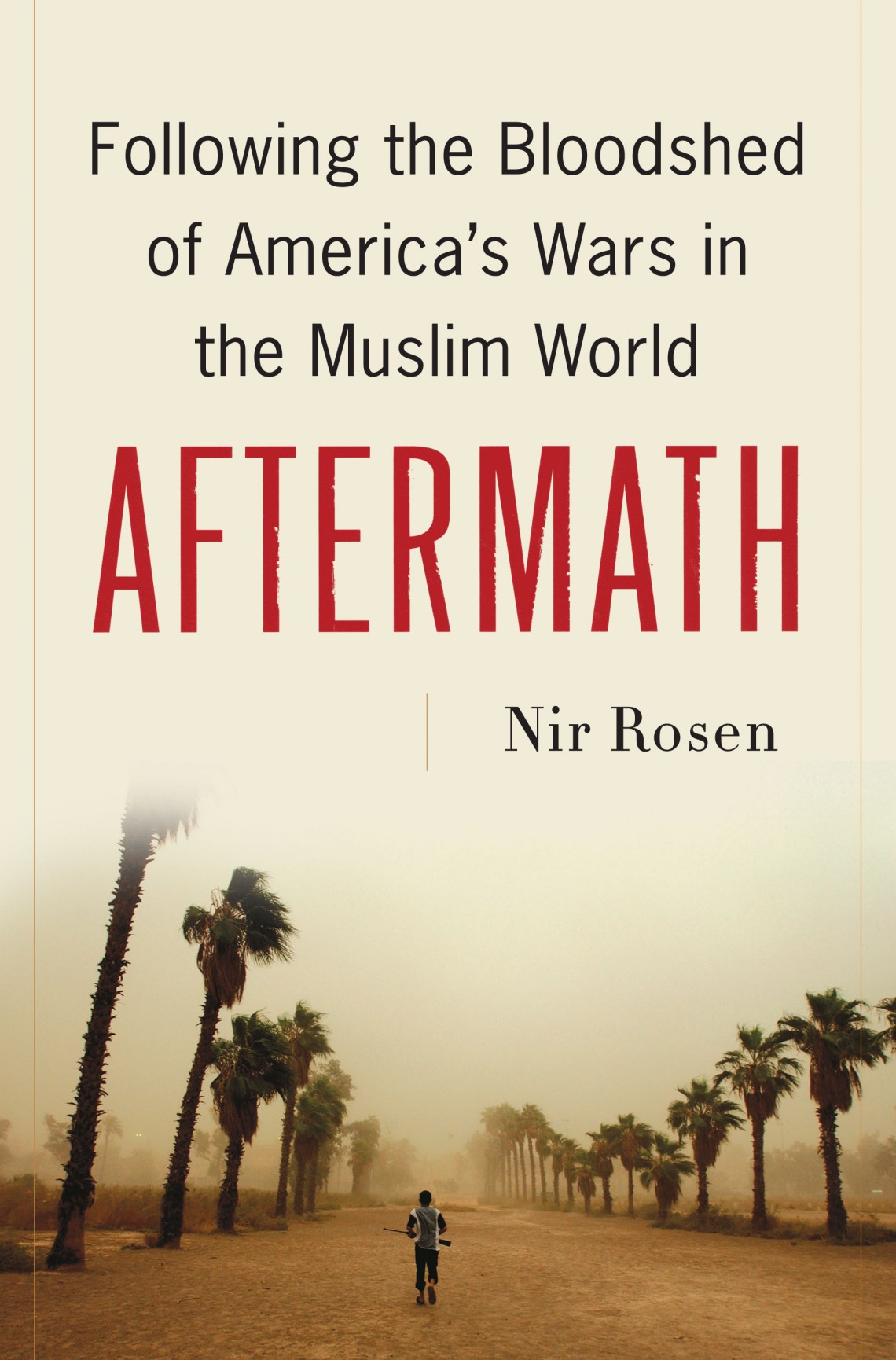 Nir Rosen — whom the Weekly Standard once bitterly complained has “great access to the Baathists and jihadists who make up the Iraqi insurgency” — has spent nearly a decade among warriors and militants who have been challenging American power in the Muslim world. InAftermath he tells their story, showing the other side of the US war on terror, traveling from the battle-scarred streets of Baghdad to the alleys, villages, refugee camps, mosques, and killing grounds of Jordan, Syria, Egypt, Lebanon, and finally Afghanistan where Rosen has a terrifying encounter with the Taliban as their “guest,” and witnesses the new Obama surge fizzling in southern Afghanistan.

Rosen was one of the few Westerners to venture inside the mosques of Baghdad to witness the first stirrings of sectarian hatred in the months after the US invasion. He shows how weapons, tactics, and sectarian ideas from the civil war in Iraq penetrated neighboring countries and threatened their stability, especially Lebanon and Jordan, where new jihadist groups mushroomed. Moreover, he shows that the spread of violence at the street level is often the consequence of specific policies hatched in Washington, DC. Rosen offers a seminal and provocative account of the surge, told from the perspective of US troops on the ground, the Iraqi security forces, Shiite militias, and Sunni insurgents who were both allies and adversaries. He also tells the story of what happened to these militias once they outlived their usefulness to the Americans.

Aftermath: Following the Bloodshed of America's Wars in the Muslim World is both a unique personal history and an unsparing account of what America has wrought in Iraq and the region. The result is a hair-raising, 360-degree view of the modern battlefield, its consequent humanitarian catastrophe, and the reality of counter insurgency.

Research support for this book was provided by The Investigative Fund at The Nation Institute, now known as Type Investigations and the Puffin Foundation.

“Nir Rosen has been reporting from Iraq for years the way it should be reported—from inside out. He spends his time in Iraq not at American news conferences in the secure Green Zone, but in the villages and cities of the battered nation, interviewing the victims of Saddam Hussein as well as the victims of our seven-year-old war. His dispatches, and this book, reflect the madness of the mission.”
—Seymour M. Hersh, author of Chain of Command

“It is a painful experience to read Nir Rosen's highly informed account of the destruction of Iraq and the spread of the plague of sectarian violence incited by the invasion to Lebanon and beyond. The image this meticulously detailed rendition brings to mind is of a brutal ignoramus wielding a sledgehammer to smash a complex structure he does not understand, with unpredictable but predictably awful consequences. Amazingly, Rosen finds rays of hope in the ruins. No less compelling, and distressing, is his vivid account of his experiences in Taliban-controlled territory. An indispensable contribution to the understanding of great contemporary tragedies.”
—Noam Chomsky

“For Americans, the story of U. S. military involvement in the Islamic world centers on ”us“ not ”them,“ with Afghans and Iraqis cast as victims or bystanders. In this brilliantly reported and deeply humane book, Nir Rosen demolishes this self-serving picture, depicting the relationship between the occupied and the occupiers in all its nuanced complexity.”
—Andrew Bacevich, author of Washington Rules: America's Path to Permanent War

“If you think you understand the war in Iraq, or just think you should try to, read this book. This is a deep dive through the last seven years of America’s foray into the Middle East. No one will agree with everything here, but anyone interested in what we are doing in Iraq and Afghanistan will benefit from reading it.”
—Thomas E. Ricks, author of Fiasco and The Gamble

“A searing, first-hand account of the consequences of America's 'war on terrorism' by one of the most respected voices on the Middle East. Honest, fearless, devastating.”
—Reza Aslan, author of No god but God and Beyond Fundamentalism

“Nir Rosen has almost single-handedly rescued the name of journalism in the Middle East from a class of reporters who function as courtiers and propagandists for the military and our political elite. Rosen's fierce independence and honesty, as well as an ability to see the wars we are fighting from all sides, make his book exceptional for its nuance, complexity, and insight into our bloody march through the Muslim world.”
—Chris Hedges, author of War Is a Force That Gives Us Meaning and Empire of Illusion

Nir Rosen is a journalist and author who writes on current and international affairs.