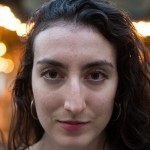 Rachael Levy covers asset management for Business Insider​ in New York​. Rachael previously covered hedge funds for the  Financial Times'  FundFire and Absolute Return. Before that, she reported ​​a range of stories, from drug policy in Tennessee to violent crime in Chicago. She was a Google Journalism Fellow and a finalist for an Investigative Reporters & Editors award.​ Her reporting has supported by the Investigative Fund at the Nation Institute.​ ​Rachael's reporting has appeared in  The Atlantic, Chicago Tribune, The Nation,  and the  New York Daily News,  among others. She holds a master's degree in business reporting from the CUNY Graduate School of Journalism. Last updated July 2017