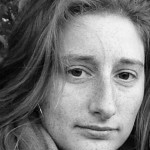 Rosa Goldensohn is a politics and government reporter for Crain's New York Business. She previously covered neighborhood news at DNAinfo New York where she published an influential series of stories on medical care at city jails. She also written for The Nation and VICE, among others. Last updated July 2017 At CUNY’s Graduate School of Journalism, she received the Dennis Duggan Prize for coverage of “ordinary or disenfranchised New Yorkers” and the Sidney Hillman Foundation Award for Social Justice Reporting. Last updated May 2017