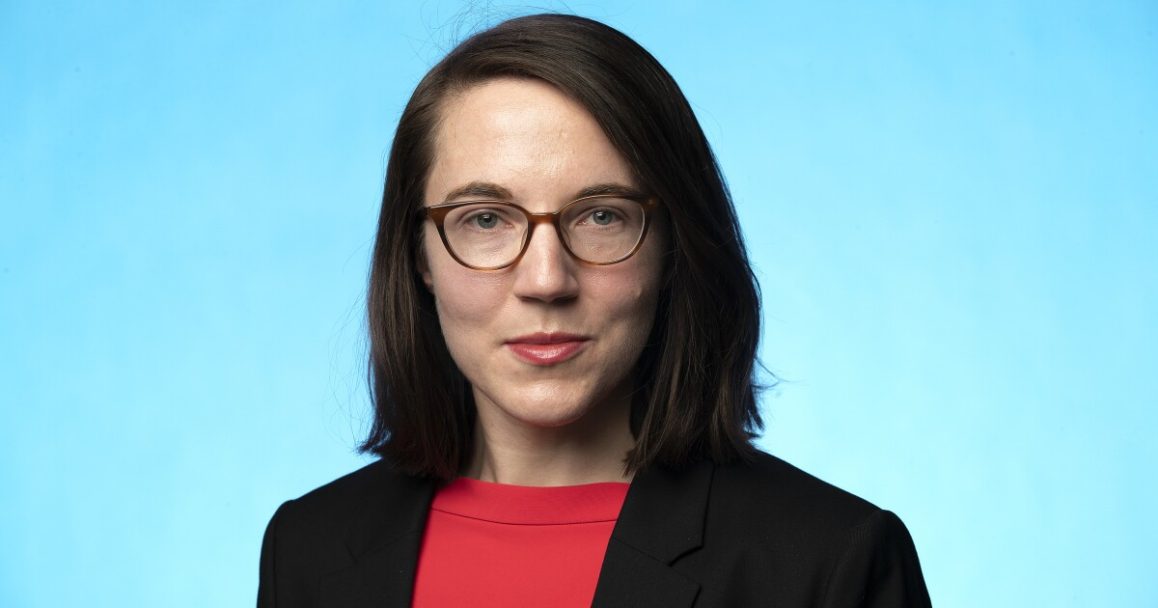 In February 2010, Brooklyn-based journalist Kiera Feldman embarked on a Birthright trip to Israel to report from the inside of the all-expenses-paid trip that aims to connect young Diaspora Jews with their heritage. Her piece, called “Operation Birthright,” and supported by The Nation Institute’s Investigative Fund, exposes the racist nationalist propaganda inherent in the romantic, transformative experience the trip offers. In this interview with Investigative Fund intern Erika Eichelberger, Feldman talks about how she was convinced to participate in a trip she was fundamentally opposed to, what it was like to watch fellow Birthrighters “check their liberalism at Zionism’s door,” and the responses to her piece from the Birthright Israel organization and the Jewish media. —Eds.

Erika Eichelberger: So if you want to start with talking about what sparked your interest in doing this story…

Kiera Feldman: So the actual thing that sparked it was an editorial meeting probably in January 2009. I’m in a radio collective called “Beyond the Pale” and Esther [Kaplan] is one of the co-members of that, and we were brainstorming story ideas where I might be going into the belly of the beast where young people, sex, Jewish nationalism, militarism, and the production of ideology collide. And someone mentioned a Birthright trip and Esther looked up and said “Oh Kiera, we should send you on Birthright trip and you can do a story for the show.” And I said “hell no” and then they convinced me that no one had done the big Birthright piece and that there was a lot of rich material to dig into. So it began as a series of radio pieces about applying for it for the show, and Beyond the Pale really incubated the story idea. And I think January 2009 was a big turning point for a lot of American Jews especially young people. The 2008-2009 winter attack on Gaza was really a grand realignment of Jewish American identity, and I’m kind of part of that sweep. I think a lot of young Jews, or Jewish-identified people — it was a turning point in that, yes, I knew abstractly of the horrors and injustices of the occupation and Israel military policy and it was colossal and so great that it was impossible to not feel implicated and to know that this country is doing these things very righteously in the name of world Jewry or diaspora Jews. And I really became obsessed with this grand moral failing that I began to see in Jewish nationalism and I began to see it among liberal American Jews who have this giant blind spot about Israel-Palestine.

Eichelberger: So obviously you hadn’t wanted to go on a Birthright trip before Esther suggested this to you.

Feldman: I wouldn’t have done it for a variety of different reasons unless…the only way I could justify it to myself to go on this trip was in order to write about it. You know, like a lot of young American Jews — I reject the Jewish only so-called “right of return,” when the right of return is denied to Palestinians in the Palestinian Diaspora. I don’t think Diaspora Jews have any birthright to the state of Israel. I think it’s a racist and unjust definition of citizenship that’s inherently counter to liberal values so I had a huge moral soul-searching: is it okay to accept this trip? I’m exercising my “birthright” in the form of mud bathing and camel rides, and its this inherently really vulgar thing to do. So I justified it to myself by saying that the ends justify the means — that in order to probe just how vulgar it actually is, I have to go on this trip.

Eichelberger: And you said that a lot of the participants that you went along with became very pro-Israel. They started to feel “more Jewish,” as you said. Did you feel this pull at all? Did it start to feel like a homeland as it did for the others?

Feldman: No, I think it had a very different effect. There was no pull because it was so — the rhetoric of the trip was so overwhelmingly hateful and racist and anti-Arab and I felt like I was just being utterly battered with all of this stuff, and I very much had a really strong — and I think this is how ideology works, no one forces you to pick a team, and for the most part… everyone’s probably read Althusser… it’s calling you, and you’re saying: “Oh yes! Who me? Free trip? Oh, okay, yes, I am part of the Jewish people. This is my homeland.” But it works in the exact same way where if it’s calling to you and you’re saying, “Hell no, this is not my team!” you have this really, really strong rejection of it: “This is not my homeland.”

It’s very rare on a birthright trip to be exposed to the full implications of what a so-called Jewish and democratic state looks, and the legal inequalities and racism and the violence it takes to produce and maintain it. And afterwards I went birth-lefting in the West Bank. After your Birthright trip you can clandestinely go to the West Bank and go to visit refugee trips and you go to —

Eichelberger: Right, that’s what I was going to ask you —

Feldman: …you go on refugee trips and you go to anti-wall demonstrations, so for me it very much — the experience of Birthright was actually the trip itself, the ten or twelve days, and the extra two weeks I spent in the West Bank as a whole really reinforced — and in some ways it sort of did what the trip wants — it reinforces your Jewish identity and your sense of connection to this place called Israel. It didn’t do it in a way that the organizers would get behind, but it still made me feel — it reinforced my Jewish-American identity as something that is wrapped up in Israel, and the sense of being a morally engaged journalist who feels compelled to write about this and also show the full extent of the sickness that is Jewish nationalism in America.

Eichelberger: It seems like you’re a lot gentler in the actual piece than what I’m hearing now; you’re diplomatic.

Feldman: No, well that’s the thing. The piece, I think one of its strengths, especially that a lot of people have given me feedback on since it came out, is that for the most part it’s like 80 or 90 percent reporting. It’s not like what you’re hearing now, these are my arguments, and for me, under Esther and Roane [Carey, of the Nation‘s] very good guidance, it was like going for the “show, don’t tell.” I think I showed all the things I’m saying right now, and for some of them I articulated it explicitly but not quite in such sharp terms. Maybe it reached a wider audience that way, it really got a lot of Internet play…

Eichelberger: So was there any backlash in the Birthright organization towards your story?

Feldman: It received no official response, no one has contacted me. On the one hand, I think, I took it as a vote of confidence in my own reporting in that no one, not a single person I interviewed, got back in touch with me; no one on the trip, none of the billionaires, none of the super-flacs, no one was like “you misrepresented my words, that’s not what I said, you’ve got that wrong.” Everything that’s in there is exactly as it — as people said it. I took very diligent notes, you know — the reporting is locked down, airtight.

But the one thing they did respond, was they created this spin trip for Birthright alumni — [The Jewish Daily] Forward reported on it. But yeah, they made this spin trip for Birthright alumni who are full-time journalists to go on this trip and learn about the origins of Birthright and see how it’s impacting a generation of young Jews and see where it’s going. So they made this very obvious spin trip that has all the exact same components of the article but, from their telling of it — and you know, in the Forward article they said this is not a response to that Nation piece — but it seems very obviously so… this was only a month after the Jewish Week editorialized against me very hilariously, comparing me to Balaam the Moabite prophet sent to curse the Jews. It’s hilarious.

Eichelberger: So you got backlash from the Jewish press but not from Birthright itself.

Feldman: No, and no one on my trip got in touch with me. I don’t know, my crew that I was friends with — the boy I ended up dating, and the woman I went to the West Bank with, we did an East Jerusalem tour together and we’re still friends — both of them immediately wrote back and were like, “Oh, this is great!” and I knew they would both like it, that’s why we’re friends, we had a compatibly critical take on the trip. But no one else got in touch, though actually I’ve been defriended by a couple of people on Facebook. That was hurtful, but I don’t blame them.

Eichelberger: And then was there material you covered that didn’t make it into the final draft? Obviously there was; how did you narrow that down?

Feldman: I filed at 7,000 words and Esther and Roane were like, “this is not acceptable, we’re not opening this.” There was one guy, I really wanted to include more of his back story about how he became a total true believer and he was someone I was friends with and I was checking in with him everyday to kind of see how the “Kool Aid” was working on him. Actually that’s one thing that did get cut from the piece that I thought was really important: that everyone who goes on Birthright, you can’t go on Birthright without being like: “Ahhaha, oh! This propaganda trip.”

A common denominator of the Birthright experience is talking about how you’re not going to drink the Kool Aid and then afterwards, how you didn’t drink the Kool Aid, how you really expected there to be all this propaganda, but really it was so pluralistic and, you know, “It was really multifaceted and everything is so complicated, and I have so much sympathy for the soldiers who are fighting for their way of life.” And really, some people who I have talked to have been like, “Yeah, the critical capacities of the young are not very good.” And Birthright helps us understand that.

I think people check their critical capacities at the door of — at Zionism’s door. You know, I really was expecting all of these liberals on my trip to be like, “Wait a second, that’s racist,” or “That’s anti-Arab,” or “That’s really militaristic,” or “This does not jive with my liberal values,” but they were totally willing to just hop on the fun bus. I think that’s part of what Jewish nationalism asks of you.

Eichelberger: Are you planning on doing any more reporting on Birthright?

Feldman: On the one hand, personally I need to, as a reporter, not just be a one-trick pony, but on the other hand it’s an endless wellspring of material. There’s so much more to do. You know, they just had a record number of applicants apply. They have — each year more and more and more people are applying for it. Someone has to be pushing against that.