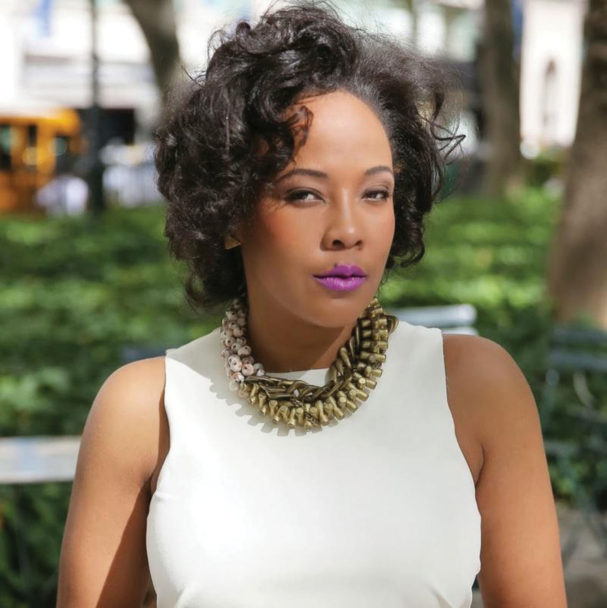 Sylvia A. Harvey talks about her investigation into how the foster care system often removes parental rights from parents who have been to prison. Harvey’s story followed Kenneth Clark, a father of five who lost custody of his children after being sent to prison for a failure to appear in court. She reports that of the nearly 443,000 kids in the United States foster care system today, many are the children of currently or formerly incarcerated adults, like Clark, who are fighting hard to regain custody. But under Arkansas law, where Clark lives, foster care agencies are required to terminate parental rights after a child has lived in foster care for 12 of the last 22 months. This puts many incarcerated parents on a near impossible timeline for regaining custody of their children, even after they are released. Harvey’s story follows Clark from his original detainment to the present day, chronicling his anger, frustration, and hope that he might one day be reunited with his children.

The Backstory · Sylvia A. Harvey: Reporting on the Foster Care System (from the archives)

Sylvia A. Harvey: I think the idea was, you know, we this have federal legislation that is essentially an arbitrary timeline for families that are caught up in the child welfare system. And just hearing that parents were having their children removed from their home and permanently taken away, I was just like, that’s not possible. I think when you’re not working specifically in the space of child welfare, so many things can be taking place that you aren’t particularly familiar with. You don’t know what’s going on until someone tells you, actually, they can take your children after a certain amount of time. And so for me, that was that was just really shocking. And I wanted to know, when is this happening? Where is this happening? Why is this happening? And how is this impacting the families? And what do we need to be doing instead of sort of taking people’s children away? I think those were the original thoughts. Kind of, what does it mean to be caught in the child welfare system? What does it need to be doing with the Adoption Safe Families Act, which says that if you have a child in foster care for 15 of the most recent twenty two months, the local child welfare agency can file for a termination of parental rights.

So, you know, I originally started looking into mothers and I was working with a woman in Arkansas, DeeAnn Newell, and she worked inside the jail there. And she said, ‘I work with a lot of mothers that are doing the parenting program, and, it’s just heartbreaking how many women are losing their children.’ So we worked to try to get me into the jail, but it was just too hard; they weren’t open to having me come in and report on these stories. And it just happened, actually, that Kenneth’s case came along and I thought it was interesting to look at it from the perspective of a father. What does it need to be a father that has been put in a position where you are at risk of losing your children? What does it mean to be incarcerated and not had any contact with the Department of Human Services to know where your children are? What does it mean to be released and still not be able to get connected to your children? And I just think that we think so much about parenthood in these cases of child welfare that you think of the mother. And the way that fathers are treated is a really awful reflection on how we viewed the role of fathers and the importance of fathers. So I thought I would just illustrate a different aspect of parenthood and losing the rights to your children

Retta: Sort of building on that, I was wondering if you could speak a little bit about what it was like to talk to Clark over the course of reporting your story. He gave you a lot of personal details, and I was just wondering if you could speak to how you went about building trust with him and whether he was comfortable sort of going on record with his real name and giving all those details?

Harvey: So I was introduced to him through someone that he’d already had started to establish a relationship with. So DeeAnn Newell was someone that he was working with. She’d taken him on as a client and said, you know, let’s do let’s do the work. So she had already been in touch with me. She knew what my intentions were. She’d seen my previous work. So she thought that it would be important for him to have a conversation with me. So once he had that initial conversation and just sort of told me what was happening, I think he started to develop a level of comfort because there was something about someone listening to him fully, thinking about his whole story and not just looking at a part of it, but saying, I’m listening to you, I want to know the whole story, I want to tell as much of it as I can so that people understand what’s going on.

And he wanted nothing more than to have his story told. So I think that that was something that started to develop pretty naturally through the course of having different phone calls. He was in a transitional program and we spoke a lot on the phone, and then I actually went to Little Rock. And so being there in Little Rock, going to his home, looking at where he’s living, driving him to work, seeing what it’s like for him to take this commute to get to work, talking to the people in his church, just meeting the people in his support network, going to these drug and alcohol meetings. So going to meetings with him, just really entering intimate spaces so that I could see and feel what it was like for him to some degree. So I think taking those really intimate steps were important. And in terms of his name, he definitely wanted to use his name. He was like, this is my story. This happened to me. And I want the world to know.

Retta: And sort of on the flip side, I guess I was wondering if you could speak a bit about what it was like when you approached these agencies that you talked about in your stories, like Child Protection and speaking with the prison, and what you learned in reporting and talking to those larger structures?

Harvey: Child Protective Services never go on record talking to journalists about cases in particular, or I’ve never had the experience in any time that reach out to them. They say, ‘we can’t speak about cases specifically.’ They can just give you general information or they can respond to questions that talk about their process. So that was that was expected. I didn’t expect that they would go into detail. And the same was true for the attorney that represented him. She said that she didn’t discuss her cases. So at one point I was like, well, how am going to tell this full story? I need I need their voices, I need the evidence, I need more than Clark’s story. And that’s when I went about getting the transcripts. So the transcripts were a huge, huge sort of milestone.

Retta: You also mentioned that you started working on this story a long time ago. And so I was wondering if you could speak to how the pandemic and travel restrictions shaped the end of the story or the reporting of the story?

Harvey: Yeah, this story started, far, far before the pandemic. I guess it was a number of things. So for Clark himself, facing homelessness and I couldn’t even find him. So if you’re homeless, you don’t have money, you don’t have a phone…there’s no way to get in touch with him. So there were long stretches of time where I just didn’t know where he was or how he was doing. I couldn’t get in touch with him, so I couldn’t follow up on a certain aspect of the story. And then maybe he would find me. He had my number tucked away somewhere, and once he found a stable place or once he was in a shelter that allowed him to call out, he would call me and give me an update. So that posed a challenge.

And then obviously there are just challenges around scheduling for a magazine. You know, I think that with covid, the idea was that the focus of all media coverage and all stories for a couple of months was only covid. It was like, if it’s not a story that’s related to covid, then it’s not a good time to publish. So it was like, alright, we’ll just wait. And then he gets rearrested during this pandemic. And then you’re like, how is it possible that you were arrested in this pandemic, and now you’re being thrown in jail for a failure to appear? So just really thinking about what it means to be incarcerated during this time, what it means to take that kind of risk essentially, and why it’s happening.

Retta: I’m wondering what you hope the impact of this piece will be? Especially as conversations about abolition are entering more into the mainstream, what do you hope people will take away from this story?

Harvey: Wow, I think there are so many things to take away. I think the first thing is to really think about our child welfare system and how it penalizes families of color, particularly Black families and poor families, and what that looks like. So, Clark’s story is an illustration of what that looks like and how we continuously as a country classify child maltreatment when in fact it’s just poverty. What does it mean to bring up these families to a living wage? What does it mean to recognize the work that people are doing to have a better life? In the case of Clark, he’s working at a place where’s being paid about $10.25, $10.50, I don’t remember but it was above the minimum wage. And during his hearing, he was questioned about that, like, ‘well, how much are you earning per week?’ You know, as if ‘oh, that’s not going to be enough to take care of your kids.’ But then there’s the question of, okay, you don’t want me to sell drugs, you don’t think that the legal job that I have that pays me ten dollars and fifty cents is sufficient, and you won’t do anything to help bring me to a living wage. But you want to take my children and give them to someone else and then pay those other people to take care of them? I think that there is something very problematic in the exchange of money in that situation.

If we want Clark to be able to take care of his children, there is a way that we can bring him up to a living wage, and there is a way that we can make sure that he had the resources he needs to get on track. Whether that’s a transition program for employment, whether that is a housing program. Just really having services in place for people that are transitioning, people that are reentering society. And I think that ending cash bail is a small but mighty thing that could take place in every state in this country and be helpful. 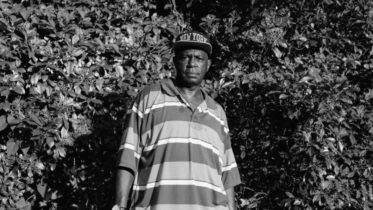 Sylvia A. Harvey is a former Type Investigations fellow and author of The Shadow System: Mass Incarceration and the American Family. You can connect with her on social media as @Ms_SAH.