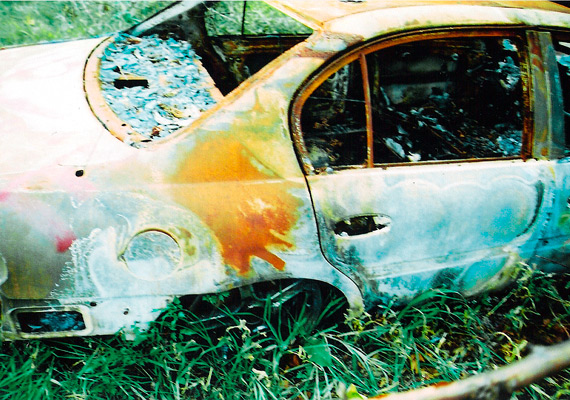 Check out the New Orleans Times-Picayune for coverage of the trial of the five NOPD officers who had a hand in the death of Henry Glover (and its coverup) in the aftermath of Hurricane Katrina. The trial began on November 10.

So far, the Assistant US Attorney has laid out the case against the defendants, whose lawyers have made their opening statements. Yesterday, police officer Alec Brown offered testimonyregarding the torched car of William Tanner, who had sought aid for Glover but ended up in handcuffs himself. The Times-Pic writes:

He testified…that he was driving along the Mississippi River levee behind the station when he saw a burned out car with a charred body in the back seat.

Brown ran the car’s license and VIN numbers and went back to the station, where he ran into [one of the defendants, Lt. Travis] McCabe. The officer asked his supervisor whether he should write a report about this vehicle. But McCabe responded that police already knew about it and he shouldn’t “worry about it,” Brown said. McCabe followed that with the statement that “police need to stick together,” he said.

But Brown said that sentence actually piqued his interest in the car, so he quietly asked other officers about the vehicle. At some point, McCabe joined one of those conversations and said, “I told you we already know about it, just leave it alone,” Brown said.

Henry Glover was an African-American resident of New Orleans who bled to death while in police custody in the days after Hurricane Katrina struck. William Tanner, who came upon Glover shortly after he was shot in the Algiers section of New Orleans, had driven him and his companions to an elementary school where a SWAT team had set up shop, seeking aid for the injured man. Instead of helping, the police beat the men and drove Tanner’s car away with a bleeding Glover still in the back seat. The car and Glover’s remains were discovered later, incinerated, just a few hundred feet away from the police station.

Until The Investigative Fund at The Nation Institute sent reporter A.C. Thompson to probe viligante shootings in Algiers and Algiers Point, no one, whether federal or local law enforcement officials, had investigated these crimes. After an eighteen-month-long investigation that involved multiple trips to New Orleans, Freedom of Information requests and a court battle with the New Orleans parish coroner over access to autopsy records, Thompson wrote two articles, published in The Nation, “Body of Evidence,” which detailed the death of Henry Glover, and “Katrina’s Hidden Race War,” about the vigilante shootings. As Thompson writes in “Body of Evidence”:

If the NOPD ever bothers to learn who set fire to Glover, the department’s first step should be questioning its own personnel: a trail of clues leads right back to the police force.

Toward the end of Thompson’s reporting, he was hired by investigative outfit ProPublica, which provided additional support. There he has continued to do extensive followup reporting on unprosecuted murders in New Orleans. Our other partners in the original investigation were Center for Investigative Reporting and New America Media.