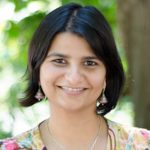 Jayati Vora is managing editor at The Investigative Fund. Previously, she was features editor for Al Jazeera America, and during her time there led numerous longform and investigative projects. Stories she has edited have been recognized by the Data Journalism Awards, the Sidney Awards, and the Eppys. Many have been translated into other languages and featured on radio and TV. She moved to AJAM from The Nation Institute, where she was web and associate editor for five years. Before moving to the United States, she was theater section editor at TimeOut Mumbai and staff writer at a men's monthly feature magazine in India. She currently edits a weekly column about race and equity in education for the Hechinger Report. Last updated July 2917