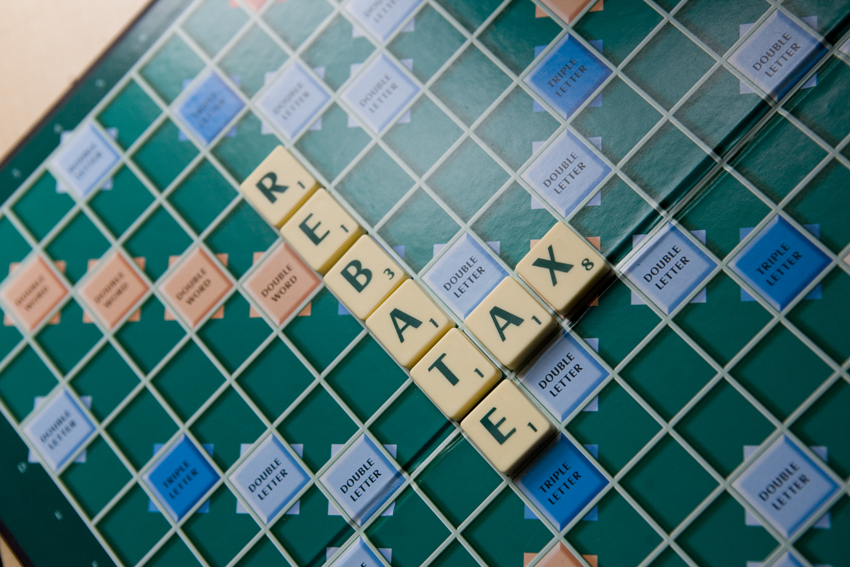 Tax season is full of familiar rituals — mounds of receipts on the kitchen table, midnight news reports from the post office and, of course, all those wacky come-ons from tax preparers promising easy money.

There are the Liberty Tax guys dancing at strip malls in Statue of Liberty costumes. The “FA$T CA$H” banners plastered on storefronts. And in a cult classic of advertising, all over the South there were those ridiculous Mo’ Money Taxes commercials in which buffoonish Southerners bumble through financial crises. Each one ends with advice on how to avoid a similar mess: “Just come on down to Mo’ Money!”

All of these campy promos are actually selling costly loans against your own money, but they have in fact generated lots of easy cash — for the lender, if not the borrower.

Refund anticipation loans, as they are called, have been risk-free business for most of the past decade. Lenders offer roughly 10-day advances of tax refunds, for which they charge exorbitant subprime fees. More than 12 million taxpayers got anticipation loans in their peak year, in 2004, according to the National Consumer Law Center. IRS data shows that over 90 percent of people who applied in 2010 were low-income.

Don’t be fooled, though, refund anticipation loans are no fringe market. Throughout the so-called boom years, the same banks that sit at the center of our high-end economy spread this fraud-ridden industry throughout its bottom tier. Take for instance Mo’ Money, which has faced several fraud probes. Until 2010, its storefronts were actually agents of JPMorgan Chase. The bank backed roughly 13,000 independent preparers in this business.

But as of Apr. 30, no banks will remain in the refund loan market. They’ve been driven out by a combination of watchdog advocacy and renewed regulatory oversight — and as a result, an industry that strips hundreds of millions of dollars a year from low-income taxpayers is now in rapid decline. In 2010, when the largest banks pulled out, the industry’s take in loan fees plummeted to $338 million, down nearly 60 percent from just three years prior and nearly three-quarters from its peak.

There’s a crucial lesson for regulators and lawmakers in this change of fortune.

Refund anticipation loans are part of a pack of predatory financial products that feed off low-income communities, and in particular black neighborhoods that have long struggled for access to fair credit. All of those products saw impressive growth before the crash, in large part because banks helped scale them up. Now, financial players at all levels are looking for new twists on the old idea: risk-free money at the expense of the working poor.

The refund anticipation business took off at the turn of the century, when the IRS began encouraging electronic filing and, thus, reintroduced a tool it had yanked years earlier, because of concerns that it facilitated fraud. The tool, called the debt indicator, allowed lenders to check whether a borrower had any debts that would cause a refund to get seized. It removed all risk, and the market exploded.

Banks partnered with tax preparers to provide the capital for mass lending. They also provided cover against state-level usury laws: The tax shops said they were just agents of the banks, which were chartered elsewhere and thus didn’t have to worry about a tough state’s interest-rate caps.

Together, they targeted low-income neighborhoods, where there was easy money. Watchdogs point to IRS data showing that two-thirds of Earned Income Tax Credit recipients claim their benefit through a refund loan. Lenders siphoned hundreds of millions of dollars a year from the nation’s largest and most popular bipartisan poverty program.

Regulators didn’t like the risk exposure that these fraud reports suggested. Gradually, they edged banks out with new rulings, including a key decision that made the banks responsible for the actions of their agents. That meant Chase had to make sure all of its Mo’ Money-style partners followed the rules. Suddenly, taking advantage of low-income taxpayers’ desperation wasn’t risk free.

The largest banks pulled out in 2010. H&R Block fought back and filed suit against its own money tree, HSBC. But the Office of the Comptroller of the Currency went so far as to issue a new guidance forcing HSBC out of the market and, thus, shielding it from H&R Block’s lawsuit.

Finally, in the summer of 2010, the IRS shut down its debt indicator tool. Without that safety mechanism, the FDIC ruled that the remaining banks couldn’t make refund anticipation loans. Just one, Republic Bank & Trust, fought back in court; it lost that fight in large part because FDIC presented evidence of fraud in Republic’s loan program. The bank settled with FDIC at the start of this year’s tax season and agreed to make its last refund anticipation loan by Apr. 30, 2012.

Here’s the larger point of all that detail: Just imagine if any of these regulators had been similarly aggressive with subprime mortgage lending. Or imagine if they remained as aggressive in regulating the latest risk-free, high-cost product that some banks are now marketing to poor people.

Drive through an urban area’s low-income neighborhoods, particularly in the South. You’ll find what consumer advocates call a “payday alley” in just about every one. It’s a strip of storefronts offering high-interest loans against a borrower’s next paycheck. They’re lined up cheek by jowl with refund anticipation outlets, pawnshops and Walmart stores. Researchers ranging from academia to the Department of Defense have identified payday loans as debt traps that keep low-income borrowers cycling through new loans, week after week for years at a time.

As a result, Congress has barred lenders from selling paydays to the military’s service members, and many states are working hard to limit them more broadly. But a new specter looms beyond state regulators’ reach: five national banks that have introduced their own checking account “advance” products. The largest among them is Wells Fargo — that’s the same Wells Fargo about which a whistleblower testified that mortgage loan brokers routinely steered African Americans to subprime loans and called them “mud people.”

A group of 250 consumer watchdogs and civil rights organizations wrote to bank regulators in February warning about the new products. And the Consumer Financial Protection Bureau explicitly included bank payday loans when it reissued guidance to the industry in January. That’s a positive step: Banks are eager to define their “advance” products as anything but a loan; the CFPB was clear it is a payday loan just like any other.

But consumer advocates are eager to get the attention of traditional bank regulators, which still carry more authority. “It took a while on refund anticipation loans,” says the Center for Responsible Lending’s Kathleen Day. “It took a while — and a recession — before they did their job on mortgage lending. And our basic message is we don’t want them to wait” on bank payday lending, too.

Kai Wright is a reporting fellow of The Investigative Fund at The Nation Institute.