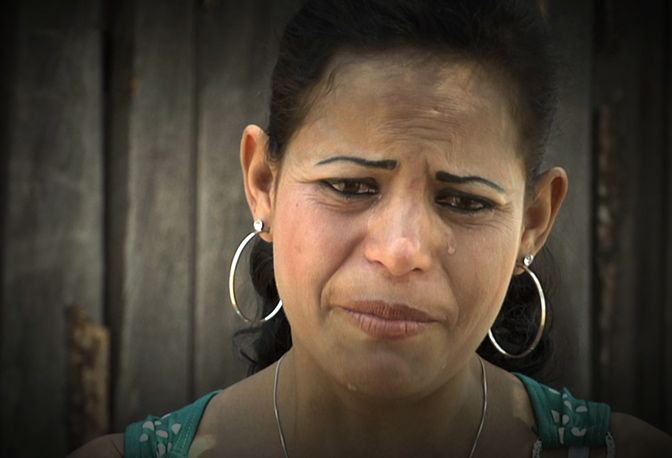 Crossing the Line: Inside the US Border Patrol Image: PBS NEED TO KNOW

Need to Know, in partnership with The Investigative Fund at The Nation Institute, now known as Type Investigations, continues its investigation into alleged abuses by US Border Patrol agents and officers on American soil. Correspondent John Larson and field producer John Carlos Frey investigate stories of physical abuse, sexual assault, and even torture.

This week, Need to Know travels to the border town of Nogales, Mexico to speak with recently deported immigrants living in a migrant shelter. Although Customs and Border Protection provide public reports of complaints of poor treatment, the official numbers pale in comparison to what occurs on the ground. Migrants spoke extensively about massive over-crowding and mistreatment of detainees in US Border Patrol detention facilities. We heard stories of physical abuse from detainees who claim they were deprived of food, water and medical care. We even heard allegations of torture.

To take a closer look at these allegations, our team traveled deep into the mountains of central Mexico to speak with a woman who says she was sexually assaulted by a Border Patrol officer. Correspondent John Larson speaks with a former Border Patrol agent turned whistleblower, who describes deplorable conditions in detention centers.

Border Patrol has strict guidelines on the treatment of migrants staying in detention centers. These guidelines include consequences for agents and officers who break the rules. Our report investigates whether Border Patrol policies — and even international law — are being broken in the rush to secure the US border.

Watch Crossing the Line on PBS. See more from Need To Know.

“Crossing the Border” has been produced with assistance from the Nation Institute and the Investigative News Network.