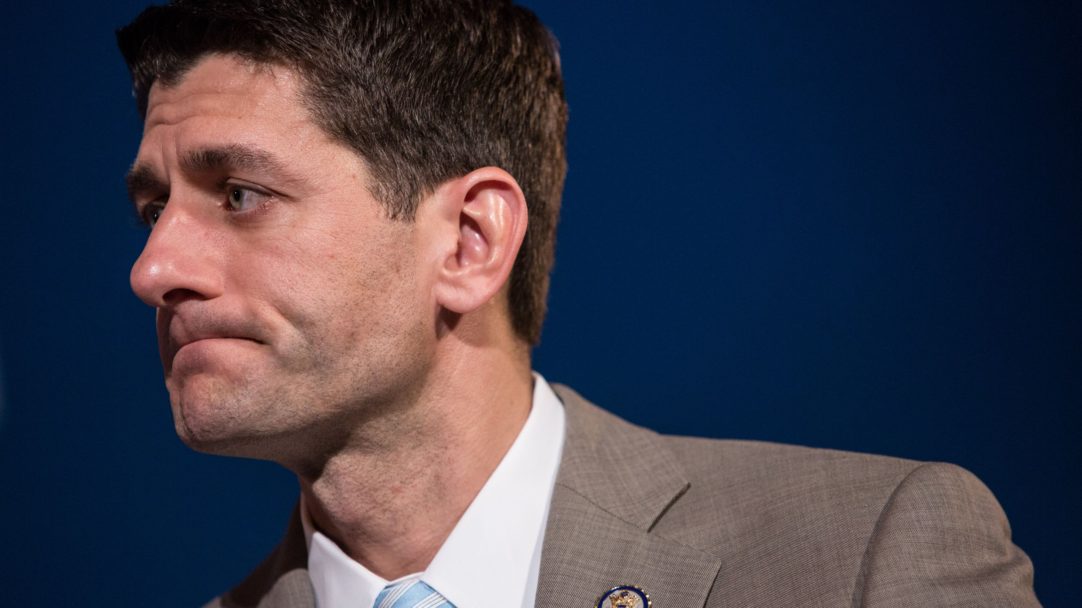 Republican vice-presidential candidate Paul Ryan is barnstorming the country, promising to repeal every provision of health care reform if the Romney-Ryan ticket is elected this November. But a letter he wrote to the Obama administration may undermine this message.

On December 10, 2010, Ryan penned a letter to the Department of Health and Human Services to recommend a grant application for the Kenosha Community Health Center, Inc to develop a new facility in Racine, Wisconsin, an area within Ryan’s district. “The proposed new facility, the Belle City Neighborhood Health Center, will serve both preventative and comprehensive primary health care needs of thousands of new patients of all ages who are currently without health care,” Ryan wrote.

The letter, among several obtained by The Nation and The Investigative Fund through a Freedom of Information Act request, is a stark reminder that even the most ardent opponents of Obamacare privately acknowledge many of the law’s benefits.

Federally funded health clinics have long provided a broad range of medical, dental and mental health services to underprivileged communities across the country, regardless of individuals’ ability to pay. To meet the goal of expanding coverage, the Affordable Care Act provides for a sweeping expansion of such clinics, including $9.5 billion for operating costs to existing community health centers and $1.5 billion for new construction.

In public, Ryan has cultivated a profile as one of health reform’s most outspoken critics. He savages the Affordable Care Act as an example of “Washington’s reckless spending spree,” as “irresponsible,” and has warned repeatedly that it would place the “federal government squarely in the middle of health-care decisions.”

Explaining his “philosophical difference” with Democrats, Ryan told ABC News this summer that he would seek to repeal the “entire law” because health care rights come from “nature and God,” not the government. He expresseddismay that the Supreme Court upheld the law during the interview.

Despite Ryan’s quiet support for an Affordable Care Act clinic grant in his district, the Wisconsin congressman’s promise to repeal Obamacare would undermine the law’s five-year plan to rapidly grow the health clinic system in America by withdrawing the necessary funds. The so-called Ryan Budget plan would also decimate other federal support for health clinics, according to an analysis by the Center on Budget and Policy Priorities.

Before Republicans broadly agreed upon a strategy of opposing any health reform proposal embraced by President Obama, the party once supported access to health care using clinics. The Bush administration requested and received modest increases in federal health clinic funding over the years. Now, however, the GOP has made opposing the entire Affordable Care Act a central plank in its platform, and virtually no lawmakers have been willing to praise it while speaking to the media.

Ryan isn’t alone in shaking his fist at health reform with one hand while extending an open palm behind closed doors.

As I reported over a year ago, even Congressman Hal Rogers, a conservative representative from Kentucky, and former Senator John Ensign, a rising star in the Republican Party before he resigned in disgrace, wrote letters asking for health reform grants while calling for absolute repeal. Rogers called health reform “socialistic” and a “monstrosity.” Nevertheless, he requested Obamacare funds for a nursing clinic in rural Clay County. The money, Rogers said in a letter to the Department of Health and Human Services, would “provide critical care in an area in extreme need of access to adequate health care.” Ensign recommended an application for a physician training grant made possible through the Affordable Care Act.

Rogers and Ryan have voted to repeal all of the Affordable Care Act on multiple occasions in the last two years.

“I don’t know what’s the bigger sin,” says Tom Perriello, a former Democratic congressman who championed health clinics as a supporter of the Affordable Care Act. “The hypocrisy of asking for funding from a program while seeking to repeal it, or that the Republicans have been so much more committed to hurting the President than to helping people that something as uncontroversial as funding for community health centers must be requested in secret.”

Perriello is now counselor for policy at the Center for American Progress, where I previously worked as a political blogger.

An outline of the health reform “replacement” legislation advanced by Mitt Romney and Ryan, mostly centered on proposals to gut state and federal health insurance regulations by allowing insurance providers to sell coverage across state lines, makes no mention of health clinics.

In addition to undercutting his political message about health reform, the letter may also add to an emerging narrative that Ryan has a double standard when it comes to critiquing major Obama policy achievements. Shortly after Romney announced that Ryan would be joining him on the Republican ticket this year, the Boston Globe revisited astory showing how Ryan quietly lobbied the Obama administration for stimulus grants. Ryan voted against the proposal and denounced it to the press without disclosing his requests for stimulus cash.

Ryan first denied responsibility for the stimulus grant requests; but later confessed that his office had sent the letters.

Republicans have praised Ryan for his willingness to embrace unpopular cuts to government programs and for being a “consistent conservative.” The fact that Ryan has privately pleaded with the Obama administration for government grants from the president’s signature policy accomplishments, however, could unravel that conceit.

UPDATE: Brendan Buck, a spokesperson for the Mitt Romney campaign, responded to this story by claiming that this “grant program was created by President Bush, not Obamacare. This… type of misinformation is what you get from gotcha reporting on liberal blogs.” Ryan’s letter directly requests money from the HRSA-11-017 New Access Points program announced in August of 2010. This New Access Points grant program that Ryan requested money from is funded fully by the Affordable Care Act, a fact made clear on multiple government websites. The claim that Bush “created” this program is also unfounded. Federally-funded health centers were created through the Public Health Services Act, legislation signed into law by President Franklin Roosevelt in 1944. New Access Point grants have existed well before the Bush administration came to office.