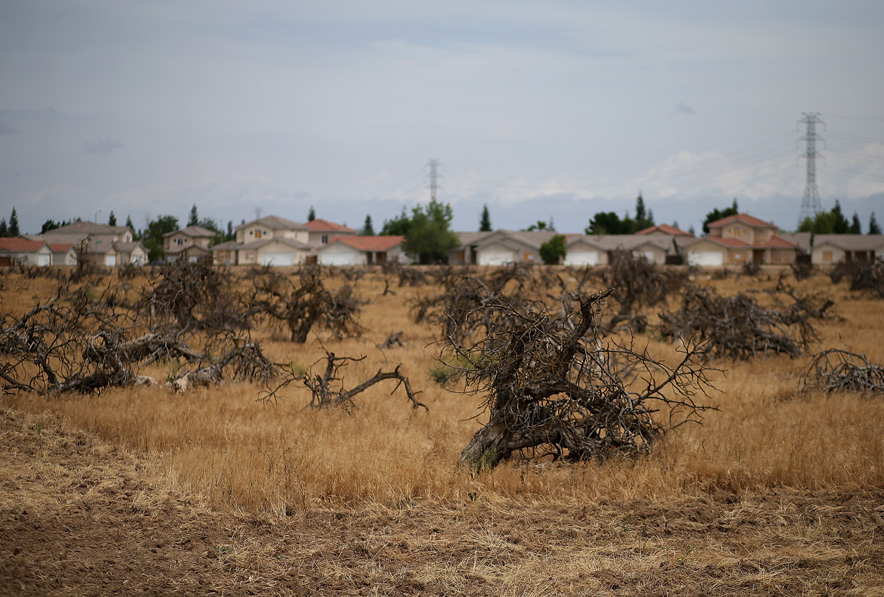 Ethos Water was supposed to help fix the global water crisis: Founded in 2002 in Southern California, the bottled-water company promised that for every unit it sold, it would donate a small amount of money to water charity projects in the developing world.

The idea quickly took off. In 2005, Ethos was acquired by Starbucks. Now, for every $1.95 bottle of Ethos water it sells, Starbucks makes a 5-cent donation to the Ethos Water Fund, part of the Starbucks Foundation. “When our customers choose to buy Ethos Water, they’re improving the lives of people who lack vital resources,” Starbucks CEO Howard Schultz said in 2008.

Some of the biggest celebrities in Hollywood have lent their names to Starbucks’ Ethos brand.

Matt Damon starred in an ad campaign, and Starbucks partnered with a company that drives celebrities to the Oscars and filled the cars with Ethos bottles, “so Leonardo DiCaprio and Cameron Diaz walked into the awards carrying Ethos Water,” as Ethos cofounder Peter Thum explained. In 2011, Ethos’ other cofounder, Jonathan Greenblatt, became special assistant to the president and head of the White House Office of Social Innovation and Civic Participation. Obama himself lauded Greenblatt last fall for his “innovative solutions to America’s challenges.”

Starbucks says that its partnership with Ethos has raised more than $12.3 million for water charity projects to date.

So far, media coverage has focused on Starbucks’ goal to quench the thirst of the world’s parched masses; the story behind the bottled water it sells here in the United States has been a nonissue. But now, as California’s historic drought wears on, Starbucks is facing a water crisis of its own.

The bottling plant that Starbucks uses for its Ethos customers in the western United States is located in Merced, California, which is currently ranked in the “exceptional drought” category by the US Drought Monitor. Its residents face steep water cuts in their homes, and surface water for the region’s many farms is drying up.

On April 16, the Merced Sun-Star reported that residents were complaining about a private water bottler, owned and operated by the grocery chain Safeway, that ships the increasingly scarce groundwater out for profit. In addition to its own bottled water, the plant also produces Starbucks’ Ethos water. No one knows exactly how much water the plant is using — the city of Merced considers that information confidential. (Starbucks uses a water source in Pennsylvania for the Ethos bottles sold in its locations in the eastern United States.)

The Starbucks water bottled at the plant comes from private springs in Baxter, a small unincorporated community in Placer County, a few hours north of Merced in the foothills of the Sierra Nevada mountains. The spring water comes free of charge — in California, water companies typically don’t have to pay for the groundwater they use.

Like Merced, Baxter is located in “exceptional drought” territory. In a story about the water shortage last year, the New York Times pointed to a community near Baxter, quoting a rancher as saying that the drought was “as bad as I have ever experienced.”

When I asked a Starbucks spokesman about the company’s reaction to concerns about bottlers’ use of increasingly scarce water, he told me that Starbucks uses “a private spring source that is not used for municipal water for any communities.” But Mary Scruggs, a supervising engineering geologist with California’s Department of Water Resources, notes that communities can be affected by the use of surrounding springs “if you capture and pull it out before it ever makes it” to downstream users.

Bottling companies are trusted to monitor the health of their springs and the recharge rate, though in California the regulation and monitoring of bottled water extraction and its environmental impacts is notoriously opaque. Unlike in other states, well logs are kept confidential and reviewing such data requires permission from the well owner.

In addition to the spring water it bottles, Starbucks also uses Merced city water to manufacture its bottled water product. A report commissioned by the International Bottled Water Association found that it takes on average 1.32 liters of water to make a liter of bottled water, though critics argue that it can take several times more than that once all the packaging is accounted for.

In March, Merced County passed an ordinance that will place new permitting restrictions on some groundwater use, though whether this will affect the Starbucks bottling plant remains to be seen. “We’re cautious about setting precedents,” says Ron Rowe, director of the Division of Environmental Health for Merced County, adding that his agency hasn’t yet issued permits for any company under the new ordinance.

Starbucks declined to provide sales figures for Ethos Water, but the company’s estimate of $12.3 million given to charity works out to about 246 million bottles sold. Given the original price of $1.80 a bottle, by my calculation, that’s more than $442 million in sales.

While bottled water accounts for just a small fraction of California’s total water use, some residents are nonetheless fed up with bottling plants that profit off their dwindling water supply. Protesters have begun staging events at Nestlé’s bottling facility in nearby Sacramento.

Starbucks, with its mission to bring water to the world’s thirstiest regions, has so far escaped the kind of scrutiny that Nestlé and others have endured. But as a Merced area resident recently noted during a city council meeting about the bottling plant that Starbucks uses, “You might think that in the midst of a drought emergency, diverting public fresh water supplies to bottle and selling them would be frowned upon.”

This article was reported in partnership with The Investigative Fund at The Nation Institute, now known as Type Investigations, with support from the Puffin Foundation