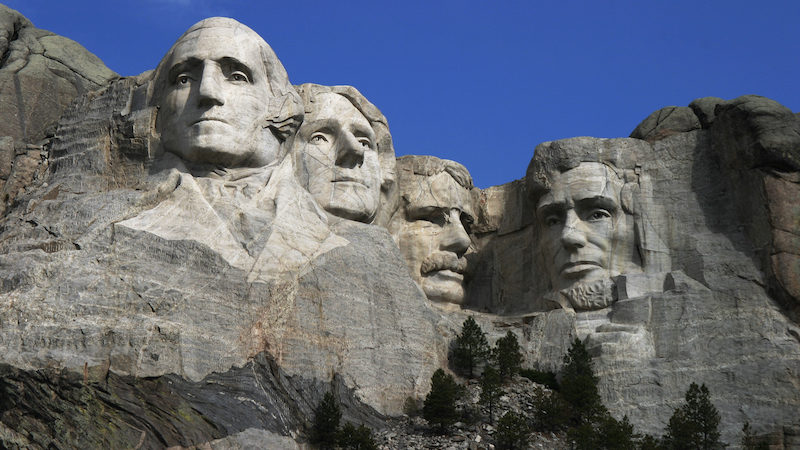 On July 3, fireworks will return to Mount Rushmore for the first time in over a decade. The display had been a regular part of Independence Day celebrations at the national memorial from 1998 until 2009, when the risk of wildfires prompted the National Park Service to rethink its approach to the holiday.

This year, the event is being billed as a major spectacle. President Donald Trump plans to attend, and there will be a military flyover. Up to 7,500 ticket-holders will be granted access to the memorial, and thousands of others are expected to flock to South Dakota to watch from the surrounding roads and public lands.

Despite concerns about wildfires and the fact that the event is taking place during a pandemic that has killed more than 120,000 Americans, the National Park Service has downplayed the risks that the event may pose to human health and safety.

According to documents obtained through a Freedom of Information Act request, two earlier drafts of the environmental analysis for the event, from December 2019 and January 2020, included a four-page section on “human health and safety.” But in the final version, which was released in February and approved in April, that section had been removed from the document—a potential violation of federal law that could leave the department legally vulnerable.

Trump has ridiculed the potential risk of wildfires. “What can burn?” he quipped earlier this year. “It’s stone.” And he has claimed that the event was approved in about 15 minutes after he “called up our people.”

In fact, the Department of the Interior and the state of South Dakota entered into an agreement to restore fireworks to the Independence Day celebration in May 2019, and the Park Service’s environmental assessment was a months-long process. And though the memorial is carved into granite, it is surrounded by the Black Hills National Forest, a 1.2-million-acre expanse of ponderosa pine forest that straddles the South Dakota–Wyoming border. In past years, multiple small fires have broken out as a result of the Independence Day fireworks. (According to a 2016 study by the US Geological Survey, the fireworks are also the likely cause of elevated levels of perchlorate, a potentially toxic chemical, in groundwater and surface water within the memorial.)

The drafts of the environmental assessment raised numerous concerns about crowd size, visitor safety, and the risk of wildfires associated with the July 3 event.

According to the drafts, previous fireworks events “posed a health and safety risk to visitors, memorial staff, and fireworks operators.” Approximately 8,300 people attended those earlier celebrations, leading to “unacceptable safety concerns.” Parking lots were filled to capacity, and people were forced to park along Highway 244, the only road in and out of the memorial. That caused traffic jams and made it more difficult for emergency vehicles to access the area. Restrooms were also limited, according to the document, and “human waste exceeded the bathroom and wastewater capacity.”

The draft documents recommended that the National Park Service limit the number of spectators at this year’s event to 2,000 people, which it said “would be within design capacity of the memorial” and “would result in far less crowding.”

None of these concerns or recommendations are included in the final environmental assessment.

Regarding the risk of wildfires, the text of the final assessment also differs from the earlier drafts.

The drafts noted that “conditions have steadily deteriorated” across the Black Hills National Forest and that a major fire would “severely impact” the ecology of the region, including surface vegetation and old-growth trees.

That text does not appear in the final version of the assessment. Instead, the assessment concludes that a fireworks display “would contribute minimally to wildfire risk” in the area, if mitigation measures, such as prescribed burns and tree thinning, are followed.

The region around Mount Rushmore has been experiencing abnormally dry weather conditions this year, according to data from the Department of Agriculture, but the Forest Service currently considers the danger of wildfire in the Black Hills National Forest to be moderate.

South Dakota governor Kristi Noem, a Republican, has said that if hot, dry conditions persist, a final decision on whether to hold the July 3 event will be made the same day.

The National Park Service, which is ultimately responsible for making that decision, did not respond to requests for comment.

Moreover, neither the drafts nor the final version of the assessment addressed the risks associated with coronavirus. By the time the final draft was issued on February 27, there were dozens of confirmed cases across the country. When the document was approved in late April, after a month-long public comment period, the United States had more coronavirus cases than any other country in the world and had confirmed at least 50,000 deaths.

In response to public comments on the failure to address coronavirus in the assessment, the National Park Service said the pandemic “has no bearing on the environmental analysis for this project.”

Elizabeth Klein, who served as associate deputy secretary at the Department of the Interior under President Barack Obama, said the absence of any discussion of coronavirus in the document was a “glaring omission,” especially given the potential risk to firefighters, visitors, and National Park Service staff.

According to federal regulations, Klein said, agencies carrying out an environmental review under the National Environmental Policy Act are required to consider the health risks associated with an event or action if it involves visitor use or other recreational activities. For example, the Park Service’s environmental impact statement for snowmobile use at Yellowstone and the environmental assessment for the Burning Man festival in Nevada, which takes place on Bureau of Land Management property, both include human health and safety sections.

South Dakota is one of only a handful of states that have not implemented any kind of stay-at-home order as coronavirus cases have spread across the country, and Governor Noem has resisted calls to impose restrictions on residents. In May, this laissez-faire approach to the pandemic led to a standoff with Native American nations in the state, including the Oglala Sioux reservation about 80 miles southeast of Mount Rushmore, which had set up health and safety checkpoints to monitor those traveling across tribal lands. Many tribes in the state consider Mount Rushmore an affront to their spiritual and cultural heritage. Native activists are planning protests at the event, and Oglala Sioux president Julian Bear Runner is issuing a memo of disapproval of Trump’s visit.

Tourism at Mount Rushmore has become a concern for some South Dakota residents. The memorial is located in Pennington County, which has one of the highest rates of coronavirus infections in South Dakota. The Independence Day celebration could potentially put even more pressure on the local health-care system—or facilitate the spread of the disease to other parts of the country.

Cassandra Ott, finance manager for the town of Keystone, just outside of the memorial, said she’s been fielding calls from as far away as Oregon and Minnesota seeking information about where to stay. Hotels in Keystone, which has a population of around 300, and surrounding towns are fully booked, she said, and the region is doing its best to prepare for thousands of visitors.

“We haven’t really seen the virus in our area in any substantial numbers,” Ott said, referring specifically to the town of Keystone. “I don’t think it’s real to people yet.”

According to its website, the National Park Service is adhering to the guidelines issued by the Centers for Disease Control and Prevention, which advise people not to visit crowded parks and to stay at least six feet away from others. But no social distancing measures or masks will be required for the fireworks. The web page for the event, which is administered by the state of South Dakota, makes no mention of the coronavirus. South Dakota attorney general Jason Ravnsborg has also tweeted about the fireworks using the hashtag “MasksNotRequired.”

Dan Wenk, who was superintendent at Mount Rushmore from 1985 to 2001, presided over the first modern fireworks display at the memorial in 1998. When Wenk read through the environmental analysis, he said he was surprised to see that there was no section on human health and safety. Even if the document was largely prepared before the full extent of the coronavirus pandemic was understood, he said, it should be updated in some capacity to reflect what we’ve learned since.

“How can they not have a responsibility?” Wenk said in an interview from his home in Rapid City, South Dakota, about 20 miles north of Mount Rushmore. “It doesn’t make any sense to me.”

Other former officials said the risk of wildfires is also a major concern. Bill Gabbert, who served as the fire management officer for Mount Rushmore and six other National Park Service sites from 1998 to 2003, is opposed to fireworks at the memorial under any circumstances. In addition to the risk of wildfire, such celebrations leave behind a significant amount of trash, including unexploded ordnance, he said.

When the display ends, Gabbert said, teams of firefighters have to ascend the steep, rocky hillsides around the memorial in the dark to search for spot fires. In 2000, according to a memo from the Park Service, the fireworks display left “hundreds of burning embers” in the surrounding forest and led to seven reported fires. One of those fires grew so large that it required a 20-person crew and helicopter to stop it from spreading.

“Shooting fireworks over any kind of flammable material is dangerous, especially a ponderosa pine forest in the middle of their wildland fire season,” Gabbert said.

Another concern for Gabbert is that the event will draw resources away from other wildfire emergencies during what already appears to be an intense and dangerous season. Currently, more than three dozen wildfires are burning in several western states, including Arizona, California, and Alaska. On June 24, an active wildfire was reported in Custer State Park, just six miles south of Mount Rushmore, and so far has burned nearly 60 acres. (The state says the fire is 100 percent contained.)

Wenk, who retired from the Park Service in 2018, said he isn’t planning to attend the fireworks display. He has fond memories of the event and believes it can be held safely, though he thinks it’s risky to do so during a pandemic. This year, Wenk said, instead of the event being a celebration of our country, the Trump administration has turned it into a political charade.

“I’m 68 years old,” Wenk said. “I don’t care what they do; it is going to be crowded and congested. I have not put myself at risk for the past three or four months. Why would I do it for this?”