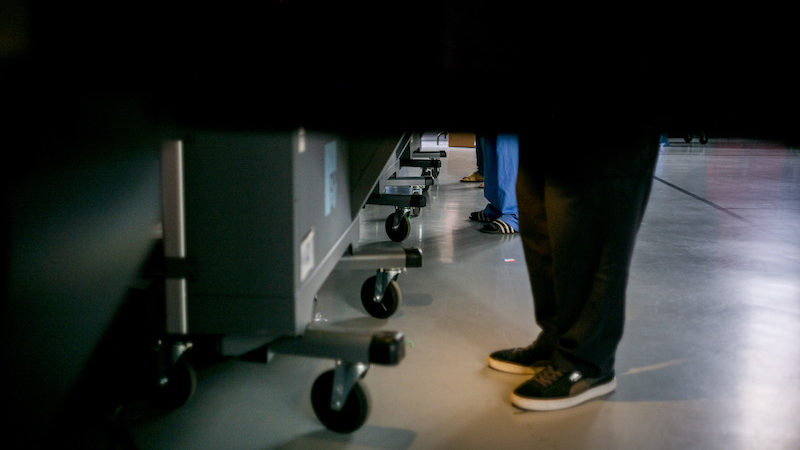 President Donald Trump's campaign, ordered by a federal court judge in Pennsylvania to back up its claims of fraud in the state’s vote-by-mail system, has documented only a handful of cases of election fraud in recent years — none of which involved mail-in ballots. The revelation, which came in the form of a partially redacted 524-page document produced by the Trump campaign last week, undermines the claim by Trump team operatives that mail-in ballot fraud is a grave risk to Pennsylvania voters.

The campaign is suing Pennsylvania Secretary of the Commonwealth Kathy Boockvar and each of the state’s county election boards to prevent election administrators from providing secure drop boxes for mail-in ballot returns. These drop boxes allow voters to return their mail-in ballots by hand, without sending them through the postal system and risking delays. The Trump campaign alleges that the practice “provides fraudsters an easy opportunity to engage in ballot harvesting, manipulate or destroy ballots, manufacture duplicitous votes, and sow chaos.”

In a motion last week, Citizens for Pennsylvania’s Future and the Sierra Club called on the Trump campaign to provide evidence of the existence of voter fraud, arguing that the campaign’s lawsuit was “replete with salacious allegations and dire warnings” about Pennsylvania’s elections and that they “must either be compelled to provide discovery concerning their fraud-based allegations or be precluded from pursuing these claims going forward.” Judge J. Nicholas Ranjan granted the motion, ordering the campaign to “produce such evidence in their possession, and if they have none, state as much.”

The response provided by the Trump campaign to the opposing counsel, which was shared with The Intercept and Type Investigations, contains a few scant examples of election fraud — but none of the instances in the 524-page discovery document involved mail-in ballots.

“Not only did the campaign fail to provide evidence that voter fraud was a widespread problem in Pennsylvania, they failed to provide any evidence that any misconduct occurred in the primary election or that so-called voter fraud is any sort of regular problem in Pennsylvania,” said Suzanne Almeida, interim director of Common Cause PA, one of the parties in the lawsuit. The Trump campaign did not immediately respond to a request for comment for this story.

The non-redacted portion of the Trump campaign’s response consists in large part of news reports and copies of the campaign’s open records requests to counties. It contains no new evidence of fraud beyond what local news outlets have previously reported. The examples of fraud that it does provide include the case of four poll workers who admitted to harassment and intimidation of voters at one polling place during a special election in 2017. It also includes an election judge who altered vote totals in his polling place between 2014 and 2016 at the behest of a political consultant. And while the amended complaint brought by the campaign cites a few incidents of mail-in fraud, none were mentioned in the discovery document.

This is far from the first time that Republicans have failed to substantiate their frequent claims that voter fraud is a persistent problem in American elections. In 2018, one of U.S.’s most prominent crusaders against voter fraud, then-Kansas Secretary of State Kris Kobach, was asked by a district court to produce evidence that noncitizens were voting in his home state of Kansas. Kobach brought forth witnesses, but their testimony fell apart on cross examination. Judge Julie Robinson wrote in her opinion that “evidence that the voter rolls include ineligible citizens is weak. At most, 39 [non]citizens have found their way onto the Kansas voter rolls in the last 19 years.” The rare known cases of voter fraud were not the tip of the iceberg, she concluded, “there is no iceberg; only an icicle, largely created by confusion and administrative error.”

After taking office, Trump established a controversial presidential commission to study voter fraud. The commission met only twice before disbanding without producing evidence of widespread voter fraud in U.S. elections.

With state Democrats simultaneously suing to affirm the legality of Pennsylvania’s drop boxes, Boockvar has asked the state Supreme Court to settle the relevant questions of election law before the federal trial is completed. Mail-in ballots will start going out to voters in mid-September.