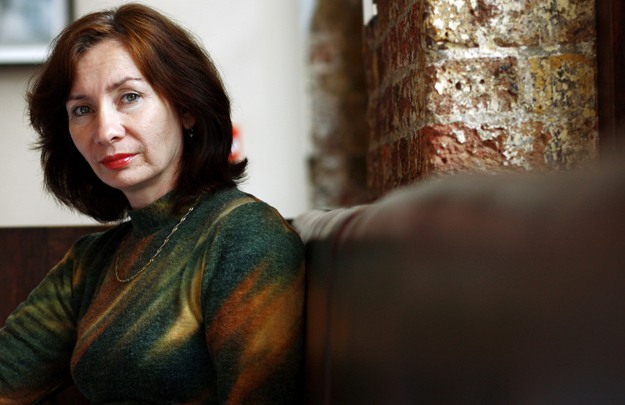 On the morning of July 15, 2009, Natalia Estemirova, a member of the Russian human rights organization Memorial, was abducted outside of her home in Grozny and later found, shot in the head and chest, by a road near the village of Gazi Yurt in the neighboring republic of Ingushetia. Though it wasn't mentioned at the time, her death was the first targeted killing of a journalist in Chechnya since 2004. Estemirova wrote under a pseudonym for the opposition newspaperNovaya Gazeta and was one of the few remaining sources of information for journalists who still dared travel to a region that has become virtually cleansed of independent media. Former New York Times Moscow bureau chief C.J. Chivers wrote that “she was both a trusted source and friend of the last several years, a time when the foreigners still trying to understand Chechnya shrank to an inadequate few.” Speaking from Germany the day after her death, Russia's president Dmitry Medvedev acknowledged the obvious when he said that the killing was “connected to her professional activities.”

Three years ago today, Anna Politkovksaya was shot five times in the elevator of her apartment building in Moscow after returning from a trip to the market. Then-President Vladimir Putin also happened to be in Germany, where he responded to the killing of Politkovskaya several days after her death and with thinly veiled contempt for the attention and honors her work had received abroad. Putin suggested that the assassination would do more damage to Russia than her writing ever did and that it had nothing to do with he work as a journalist. Although Politikovskaya was much better known than Estemirova and had a much larger following outside of Russia, the difference in the two responses reveals at least a cosmetic shift in the way the Russian state addresses the killings of journalists and human rights workers. Medvedev has also made overtures to Novaya Gazeta: earlier this year, he met with its editor and one of its principal shareholders, Mikhail Gorbachev, after the shocking daylight killings of human rights lawyer Stanislav Markelov and 25-year-old Novaya Gazeta freelancer Anastasia Baburova in January and granted the paper the first full-length interview of his presidency a few months later. (According to the Financial Times, some former Putin allies still in the Kremlin opposed the high-profile meeting.)

“What I expect from this meeting is that the president will watch over the investigations of the killings of our staff members: [Igor] Domnikov's killing, whose masterminds have not been identified, Yury Shchekochikhin, Anna Politkovskaya, as well as Stanislav [Markelov] and Anastasia [Baburova],” Novaya Gazeta's editor-in-chief Dmitry Muratov said in an interview with Radio Free Europe. “And it seemed to me that that was the decision he made. Of course, he didn't say that to me or to Gorbachev, but that is how I understood his interest in this matter.” Medvedev certainly seems to have an interest in rehabilitating Russia's courts and has spoken out against what he describes as a descent into “legal nihilism” that has crippled the country's judicial system. But after a year with Medvedev in office, the killings haven't stopped and little has changed as far as investigations into the deaths of journalists are concerned. The vast majority are still unsolved.

“Nobody missed the fact that Medvedev said nothing new in his interview with Novaya Gazeta,” says Andrei Soldatov, founder of the investigative web site agentura.ru, who writes on intelligence and national security issues. “He continues to support [Chechen President Ramzan] Kadyrov personally, there is no chance of a Khodorkovsky trial, and no moves to find the assassins of Estemirova, Baburova and Markelov.”

Two new reports released by the International Federation of Journalists (IFJ) and the Committee to Protect Journalists (CPJ) reveal a systemic failure on the part of the state, law enforcement agencies and the judiciary in properly investigating cases and prosecuting those responsible for the killings of journalists. They cover slightly different periods--the IFJ report (“Partial Justice”) begins in 1993 and the CPJ report (“Anatomy of Injustice”) addresses only the Putin era--but come to the same damning conclusion: a culture of impunity has blossomed in Russia because of poorly conducted criminal investigations and a general lack of interest on the part of the state in pursuing those who have killed journalists. Russia may be a violent country--it has one of the highest murder rates in the world--but the number of successful prosecutions has in fact steadily risen over the last decade. The same cannot be said for those cases involving journalists targeted for their work.

Of the seventeen journalists killed because of their work since 2000, according to the CPJ, only one has resulted in a conviction (in Igor Domnikov's case), and even that was viewed as incomplete because the architects of the murder were not brought to trial. The IFJ, whose figures are largely based on the work of Moscow's Center for Journalism in Extreme Situations and the Glasnost Defense Foundation, estimates that roughly forty journalists have been killed because of their work since 1993. The case of Dmitry Kholodov, a military correspondent for a Moscow paper killed in 1994, took six years to come to trial, and although several of the defendants confessed to organizing the crime, all were acquitted. It seems to have set the standard.

In many cases the journalists' work at the time of death was not even considered part of the inquiry. In others leaks, unexplained delays and a general lack of transparency have marred the process. That the law enforcement agencies and factions of the Federal Security Service in charge of the investigations have often been implicated in the murders has only added a further layer of intrigue. Some of the most suspicious cases have simply been declared suicides or accidental deaths, part of the fabric of Russian society and may never receive a proper criminal investigation. In Chechnya and the North Caucasus there have been no prosecutions at all in cases involving journalists--they are known as regions of total impunity--and in St. Petersburg, the first conviction in the killing of a reporter was handed down only in 2008. Although the high-profile killings of well-known investigative reporters in Moscow have garnered the most international attention, regional and local reporters have also fallen victim. In fact, they often face a much higher incidence of threats and violence and do not have the same protections, however inadequate, that reporters in Moscow and St. Petersburg do.

“The 17 victims worked in big cities and small towns across Russia,” the authors of the CPJ report write. “In the country's great capital, Moscow; in the industrial cities of Togliatti, Taganrog, and Tula; in tiny Reftinsky in the Urals; in warm Azov on the Don River; in the historic city of St. Petersburg; and in the volatile North Caucasus republics of Chechnya, Ingushetia, and Dagestan. They were veterans who had earned international acclaim, and they were young reporters trying to cover injustice in local communities.”

According to the CPJ's Nina Ognianova, writing online from Brussels, where the organization met with representatives of the European Parliament and the European Commission, meetings with the Investigative Committee at the Russian Prosecutor General's Office and a representative of the Foreign Ministry suggest that the Russian government may be willing to re-examine at least some of the seventeen cases raised in the report. In early September Russia's Supreme Court ordered a new investigation into the killing of Politkovskaya, overturning a lower court's decision to simply retry the men acquitted the first time around. It was seen as a step in the right direction, because the original investigation and the presentation of evidence at the trial were deeply flawed. But it's unclear whether a second investigation will yield a better outcome. AsNovaya Gazeta's deputy editor Sergey Sokolov pointed out at a press conference after the first trial had come to an end, “The investigators will never agree with us but my view is that they were simply not allowed to do their job. This was not the result of some order from above but due to the resistance of the entire system.”