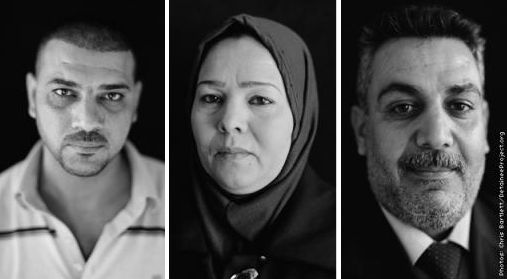 What is considered acceptable treatment of detainees in American custody has been a troublesome issue almost since the U.S. response to 9/11 began. The abuse of detainees at Abu Ghraib prison isn’t the only example that has come to light.

This week, the debate continues over whether the killing of Osama bin Laden was made possible, at least in part, by the practice the Bush administration called “enhanced interrogation techniques” and what critics call torture. Perhaps the larger question is whether those kinds of tactics are ever justified.

In a joint investigation with The Nation Institute Investigative Fund and reporter Joshua Phillips, Need to Know reveals, for the first time, the inner workings of a little-known US military task force charged with examining cases of detainee abuse in Iraq. One of the special agents in charge describes the task force as under-resourced and hampered by a bureaucracy unable or unwilling to facilitate its investigations.

Phillips, who cracked open the secret world of American soldiers who admitted to torturing detainees in his book None of Us Were Like This Before, now focuses on whether allegations of torture have been properly investigated by the US military.

Research support for this segment was provided by The Investigative Fund at The Nation Institute, now known as Type Investigations.